Just Do Right, and the Tale of My Two Rescue Dogs 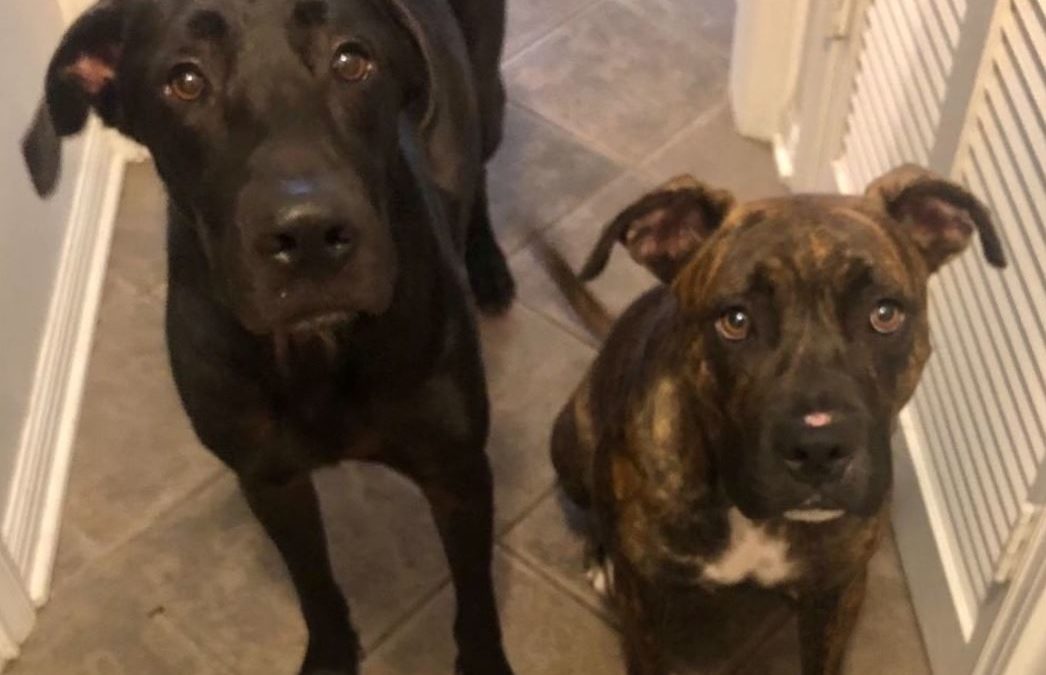 It wasn’t in the plan.  It wasn’t in the plan to have two rescue dogs.  The plan was one.  We had moved to Texas in the spring of 2018 and had to put down our 10-year-old lab, Izzy, within a few short weeks of our arrival. Izzy had always been a difficult dog.  She was a fearful, anxious dog and had to be handled a certain way. I kept her for ten years and did all that I could, but in the end, along with the guidance of a trusted veterinarian, we had her put down.  I wasn’t one to wait to fill her void and we immediately visited our local human society where we adopted a 4-month-old black lab/Great Dane mutt.  I named him Grady, as I was so very grateful to have him fill that huge hole in my heart after losing a dog and frankly after moving away from our sons and living in an entirely new phase of my life.

Grady’s mom and aunt were both pregnant and someone discarded both pregnant dogs in a field, where a hunter discovered them.  Some 18 or more puppies came out of those litters and the Humane Society of Southeast Texas successfully placed the pups and their moms, some transported as far away as Utah and Colorado.

Grady was about the most perfect dog we could ask for.  House broken quickly, friendly, puppy playful but not too much so…. We were in love.  We had no plans for a second dog, but when the frantic call from a neighbor came about a year later, we realized that plans were about to change.  Someone discarded a 12-week-old puppy in our neighborhood.  Now before you go to judging, which we are all quick to do, after several calls to the local shelters, including the human society, it appears the owner of this puppy had indeed tried to take the puppy to the area shelters.  They are all full.  They are always full, so many strays, so little time!  The owner of this puppy, if you can imagine this, left a not attached to him that said, “he’s a good dog, please take care of him.”  They left him with a bowl and a bag of food.  That puppy stayed put all night long in my neighbor’s yard and that’s when I got the call from my neighbor Debby to see if we could help.

Now the plan was to bring the puppy home and immediately find him a good home.  But as a favorite quip of mine goes, “if you want to make God laugh, tell him your plans.”  Grady immediately took to the puppy, whom we named Brindle, due his black/brown brindle fur pattern and color. Despite the added cost and time, most went smooth sailing, until….  We noticed Grady, the black lab mix, developed a nasty habit of pulling and barking at other animals as we walked the two dogs.  Of course, this made walking both dogs by myself quite challenging.  Not only would Grady pull, but as Brindle grew, he decided to get in on the fun.  Having two dogs pull strongly towards another dog when their combined weight equaled mine was proving to be a problem.

Problems are fun.  You can look at them two ways of course, similar to a glass half empty or glass half full perspective.  If you see a problem as a difficulty and approach it this way, you shouldn’t be surprised that the universe responds to your request.  It responds with making the problem more difficult.  If you respond to the problem knowing there’s a solution, even if you don’t have one yet, the universe responds in kind.  Eventually the solution surfaces.

So, in my quest to solve this problem I took the dogs to a trainer.  After taking a look at how the dogs interacted, she said, “well you’ve got your hands full with two young male dogs.”  Your best option is to try to find a home for one of them so they can each be “top dog.”  It took me one week and a bucket full of tears to go back to my trainer and say this was not an option.  I cried so hard just completing the adoption paperwork online, making a few phone calls, and posting on some private Facebook rescue groups, that I was a complete mess.  And as I stated, I firmly believe the Universe works in our favor, even when we don’t understand it.  I read once in a book that I highly recommend called Breaking the Habit of Being Yourself by Dr. Joe Dispenza, that your heart and your head must be aligned for the Universe aka God to receive your message.  In other words what you feel and what you think need to be aligned to improve the likelihood of manifesting your goal or in my case solving my problem.  My heart and head were not aligned.  With the overpopulation of unwanted and abandoned dogs and with the shelters all full to the max, adopting out a pet proved to be difficult to accomplish and difficult for my heart to withstand.

I went back to my trainer who’s been working with dogs for 30 plus years.  I said I can’t do it.  I can’t adopt one out.  She said, ok.  I’ve got two pieces on instruction for you then that you MUST follow.  First the dogs must be walked with a halti collar.  Similar to a horse halter, halti collars really help to prevent a dog from pulling when on a walk.  We’d been using them for a few weeks after our initial training and they were working great.  She then said something and I committed to memory.  She said, “Remember a halti collar is like a life vest, you never know when you’re going to need it.”  I thought to myself how true is that statement in so many areas of our life, like wearing a seat belt while driving.  The second thing she told me was that I must never, EVER, walk the dogs together when I’m walking alone.  I needed two dog handlers.  Easy enough when my husband is home, but last July and through this July, my husband, Steve, and I have lived apart Monday through Friday.  Walking the dogs separately was going to be time consuming for sure.

But as I’m not one to take someone’s advice that I’ve paid for and promptly wipe my arse with it, I listened and I followed.  And no sooner did I do that, that the first test came.  I needed to walk the dogs mid-day and I only had time to walk one.  I picked Brindle the younger dog, as I knew I could walk Grady at the end of the day.  Brindle walks like a champ.  He sits when I stop.  It doesn’t pull.  He doesn’t react to other animals as strongly as Grady does.  It wasn’t but ten minutes into our walk that a large loose dog from our neighborhood came charging towards us.  I saw that he had a dog collar, so I knew he wasn’t a stray, but never the less, he was barking and running circles around us.  I yelled loudly for the dog to go home and after a few minutes the dogs’ owner came running down the road.  It took about 5 minutes for the owner to get the dog back under his control.  It was a tense situation for a few minutes.  But here’s my point (I realize I’ve long ago passed that this would be a quick story).  Had I had both my dogs walking together and this dog charged us, I promise you with certainty that someone or some dog would have been in the hospital or worse. I just know it.  Brindle handled the situation so well that as we walked away, I made him sit and I hugged him and kissed him and told him what a good dog he was.

All of this to share what Maya Angelou’s grandmother so eloquently taught her and what I shared earlier this week on my Facebook page in her video.  When Dr. Angelou would think of her grandmother, one piece of sage advice that she’d often remember was:  “Now sista, just do right.  You know what right is.  Right might not be expedient.  It may not be profitable.  But it will satisfy your soul.”

Adopting, taking care of, paying vet, medication and kennel costs for two rescue dogs is not expedient.  It is certainly not profitable.  But it is right.  It does indeed satisfy my soul.  And in the end, it leads to a joy FULL life. 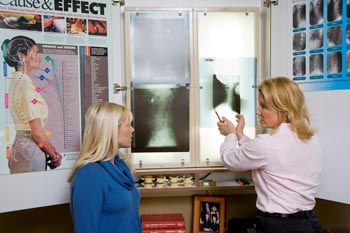